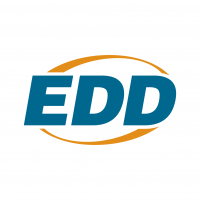 Last month, officials acknowledged the state of California has paid out at least $11 billion in unemployment funds to fraudsters, and the total could be as high as $31 billion. Fraudsters extracting funds from the state unemployment system include members of crime rings based in Nigeria, China and Russia, as well as groups and individuals collecting benefits paid in the names of prison inmates in California.

As California’s unemployment system has been plagued with fraud, the Employment Development Department (EDD) has been slow to approve legitimate claims for benefits, promoting complaints from residents across the state. California lawmakers blame attrition, in part, for slowing the processing of unemployment claims.

This month, state Auditor Elaine Howle said in a report that poor planning and decisions on staffing have contributed to widespread delays in approving claims. It takes 13 weeks for the EDD to fully train new employees to help claimants with application problems, though the agency says new tools are being provided to workers to help them resolve issues by searching keywords in a training manual.

Because of an increase in demand, the EDD has hired 4,878 workers since March 2020. However, 1,591 employees have left the agency over the same period, according to figures released by the EDD.

Among the departures, there have been “a few” vacancies in its fraud office, leaving just 17 investigators, the EDD said. The EDD’s third in command recently departed the agency following just three months on the job and after replacing someone who held the position for six months.

Likewise, top-level managers of the EDD’s parent agency, the California Labor and Workforce Development Agency, are also leaving their positions.

Stewart Knox, who was the agency’s second in command, left the Labor and Workforce Development Agency in November. Knox shared responsibilities in overseeing the EDD with other staff, including California Labor Secretary Julie Su, who is now slated to join the Biden Administration.

Despite her oversight of an agency rife with fraud, the Biden Administration has tapped Su to become United States Deputy Secretary of Labor. Su’s appointment is pending Senate confirmation.

Meanwhile, three Republican members of Congress, including California Rep. Darrell Issa have asked the chairwoman of the House Oversight and Reform Committee to hold a hearing on unemployment fraud in California.