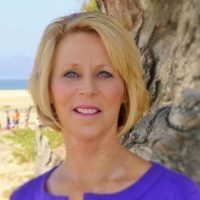 Pismo Beach Councilwoman Marcia Guthrie is facing censure at Tuesday’s city council meeting after she reportedly violated the Brown Act and ethics rules. Guthrie shared information from a closed session of the city council with applicants for a building project. She also issued directions to city staff regarding the project.

A city investigation revealed Guthrie contacted the applicants regarding an accessory dwelling unit on Palisade Avenue in Shell Beach to give them information from a Jan. 28 closed session meeting. The city attorney had instructed her not to speak to the applicant or their representatives about what occurred during closed session.

Guthrie’s action violated the Brown Act and the city’s code of ethics, the city concluded.

“Members shall respect the confidentiality of information concerning property, personnel or affairs of the city,” according to the code of ethics. “They shall neither disclose confidential information without proper legal authorization nor use such information to advance their personal financial or private interests.”

Guthrie also gave direction to staff regarding the proposed project in violation of the city’s municipal code and code of ethics. While the council makes policy, it is the city manager’s job to conduct the day-to-day operations of the city.

“When an individual council member gives direction, it interferes with the ability of the city manager and staff to carry out the direction of the council as a whole,” according to the staff report. “The council reviewed the code of ethics at its Jan. 19, 2021 meeting just days before the violations occurred. The behavior in question constitutes a serious transgression of the code of ethics and the municipal code and could have substantial consequences in the orderly conduct of council agenda.”

The code of ethics also outlines sanctions the council can take against officials who violate the rules, including reprimand, formal censure, loss of seniority, loss of committee assignment, or budget restrictions.

“The mayor and mayor pro tem do not take this matter lightly and believe that these sanctions are necessary to emphasize the serious nature of the violations,” according to the staff report penned by Waage and Reiss.

Guthrie, a local real estate broker who has served on the council since 2016, recently won reelection to a four-year term. She did not return requests for comment.