At 3:32 a.m., the thief was videotaped entering the Hoagies located at 580 Cypress Street, staff posted on Facebook. Surveillance footage of the burglary shows the suspects crawling through what appears to be a hole in the door in order to enter the restaurant.

One suspect is seen opening two cash registers and pocketing money. Another is seen running out with a box.

KSBY reports a market in Arroyo Grande was burglarized around the same time, and a prepared meals store in San Luis Obispo was also burglarized early Tuesday morning.

Arroyo Grande police received a report of a burglary at Log Cabin Market at about 3:45 a.m. The San Luis Obispo burglary occurred at the Dream Dinners located at Ferrini Square.

The burglar or burglars broke windows and glass on the rear door of Dream Dinners and ransacked lockers in the back room of the business. 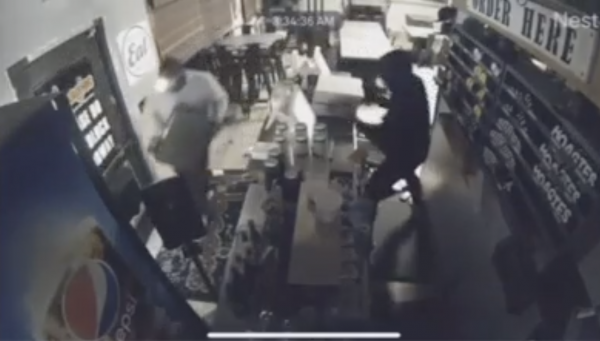