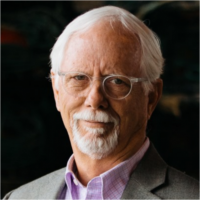 The board voted for the refusal option after Vessely said he was unaware of the accusations. Vessely then claimed spousal privilege protected him insinuating he sent the email to his wife. He also blamed a staffer for reading his emails.

The majority of Vessely’s supporters argued against the reprimand, claiming the charges had not been disclosed. Kara Woodruff, who for years worked to conserve Wild Cherry Canyon, called the “unknown” charges “suspicious.”

However, the agenda, which was posted days before the meeting, provided links to the reprimands that described the alleged violation.

“Commissioner Bob Vessely did willfully and knowingly forward a document, dated December 30, 2020, clearly marked Confidential Communication -Personnel Matter and pertaining to confidential personnel matters, to a third party not authorized to receive such documents,” according to the district’s resolution of reprimand. “This action by Commissioner Vessely violated the public trust and the implicit trust of fellow Harbor Commissioners to be ethical in the dealings of Port San Luis Harbor District.”

Vessely disagreed that he sent the email to someone not permitted to receive it, saying that “California allows marital privilege.” Vessely is married to Susan Devine, who was one of former San Luis Obispo County Supervisor Adam Hill’s legislative aides. The commission did not disclose who Vessely allegedly sent the email.

Commissioners Blecha, Bill Barrow and Drew Brandy voted for the reprimand, while Vessley and Mary Matakovich voted against the reproach.