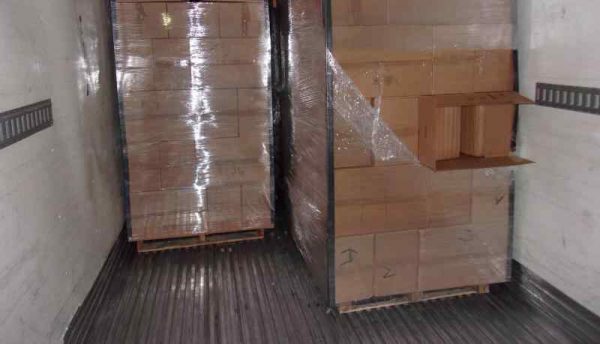 Shortly before 6 p.m., a truck driven by a 50-year-old Mexican man arrived at the Otay Mesa port of entry between San Diego and Tijuana. The truck was hauling a trailer with a shipment labeled as fresh papayas, CBP stated in a news release.

The CBP officer who encountered the truck instructed the driver to pass through the border facility’s X-ray imaging system. During the X-ray inspection, a CBP officer identified anomalies within the shipment and called for a more intensive examination of the truck and trailer.

Officers used a narcotic detector dog to screen the shipment, which prompted a search of the trailer. CBP personnel searched the load and found 873 wrapped packages of marijuana, totaling more than 12,000 pounds, mixed with the shipment of papayas.

Immigration and Customs Enforcement (ICE) and Homeland Security Investigations (HSI) agents took custody of the suspect and later booked him in the Metropolitan Correction Center in San Diego. CBP officers seized the truck, trailer and marijuana.