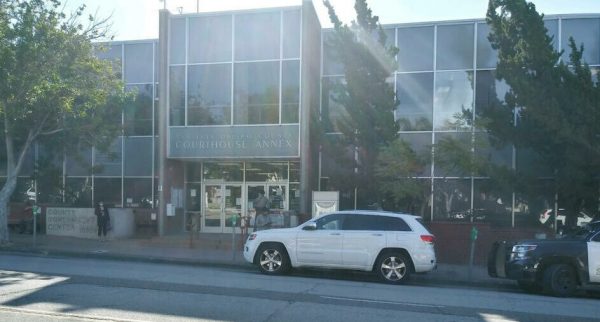 Multiple hearings at the San Luis Obispo County Superior Court were delayed or rescheduled Tuesday morning after someone called in a bomb threat.

At about 8 a.m., an unknown caller reported a bomb in the building. Bailiffs then cleared most of the courthouse while a search for the alleged bomb was made.

In Department 5, Judge Michael Duffy delayed court for a short time before hearing several cases. Even so, at least one deputy district attorney was unable to attend by Zoom because he had been evacuated from the building.

Law enforcement then brought in a bomb smelling canine.

No further information has been released at this time.