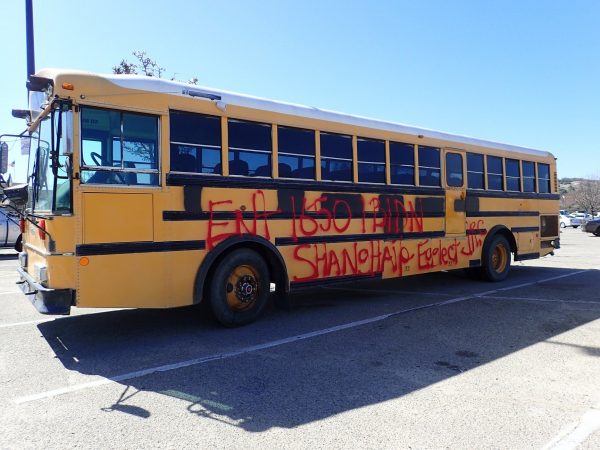 The graffiti was reportedly discovered on Saturday. A few days later, investigators tracked down Ben Delashmutt and Michell Baranek, both 43. Delashmutt and Baranek admitted to committing the vandalism, according to the Paso Robles Police Department.

According to the Paso Robles Daily News, the graffiti was found on two sides of an old school bus parked near Walmart. Additionally, taggings were found on a Walmart parking spot, on sidewalk at Kennedy Club Fitness and at two locations at Pacific Premier Bank. Each location that Delashmutt and Baranek allegedly tagged is near the intersection of Niblick and South River roads. 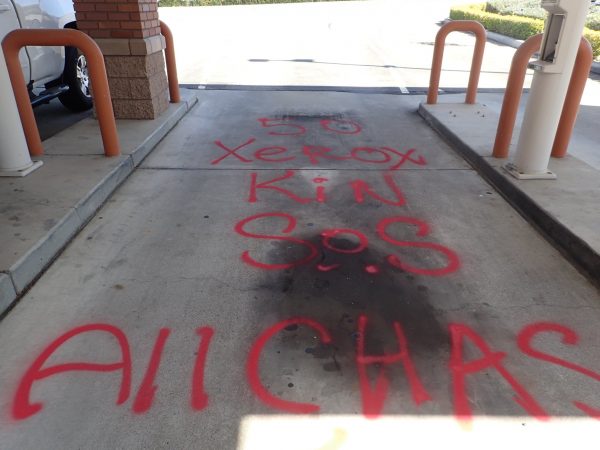