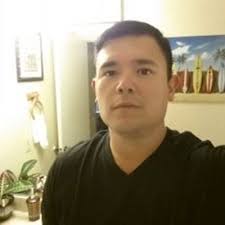 The former auto shop teacher at Morro Bay High School allegedly sold vehicles repaired by students without depositing funds from the sales back into a school account. [Tribune]

Additionally, ex-automotive technology teacher James Bueno used school club funds to purchase car parts for personal use, regularly spent more out of the auto club account than was budgeted and gave his mother a car that was repaired using using school funds, according to the findings of a private investigations firm.

Following a decade on the Morro Bay High campus that included six years as the school’s automotive technology teacher, as well as stints as a football and a volleyball coach, Bueno resigned with a $48,000 severance package. His resignation took effect Nov. 30, 2020.

Morro Bay High’s auto shop program functioned as a club, rather than a class. However, the club did not have any student officers, as required by school rules. Bueno was the sole officer.

School Principal Kyle Pruitt, who has been on paid leave since early December, approved Bueno’s misuse of funds and may have pressured Morro Bay High’s club accountant to “take care of Mr. Bueno,” investigative documents state. When the auto shop account would run out of funds, Pruitt would allegedly tell the accountant to take care of Bueno and transfer funds from the Associated Student Body general account in order to make ends meet.

Among the findings in the investigation, it was determined a 2001 Volkswagen Beetle was donated to the school, repaired over the course of a year and then given to Bueno’s mother at no cost.

Bueno ultimately paid $2,000 out of his initially $50,000 severance package to compensate the school for the Beetle. Still, neither Bueno, nor the school district admitted to wrongdoing related to the alleged misuse of funds.

However, the San Luis Coastal school board requested the findings of the investigation be turned over to the SLO County District Attorney’s Office to determine whether criminal prosecution would be appropriate. Officials have since referred the investigation to the Morro Bay Police Department.

In an interview, Bueno said he was never properly trained in how to do bookkeeping for the auto shop and all of the money he received from selling repaired cars went back into the program, even if the books did not indicate so. Bueno said he wholeheartedly believes everything he did put the children first, the community first and the school first.

Morro Bay High Principal Pruitt will return to his position briefly in March before transferring to a teaching position, beginning in July.