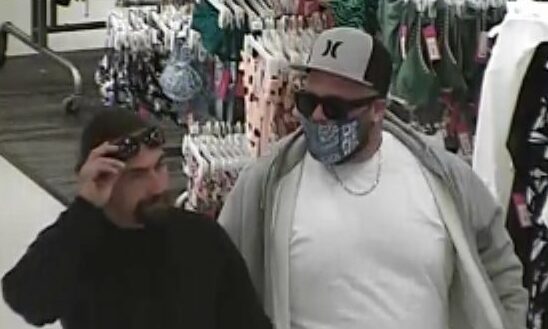 On Feb. 28, thieves broke into two cars parked at the Santa Rosa Creek Trail Head State Park parking lot, while the owners were out on the hiking trail. The burglars smashed a window of one vehicle and snatched a cellphone and laptop which were in the backseat.

After breaking a window in the second car, the thieves grabbed a purse, wallet including credit cards, diaper bag, gold bracelet and sunglasses.

Investigators believe the suspects then tried to use the stolen credit cards at the Target store in Paso Robles, but the cards were declined.

Deputies are asking anyone with information on these suspects to contact the SLO County Sheriff’s Office at (805) 781-4550.