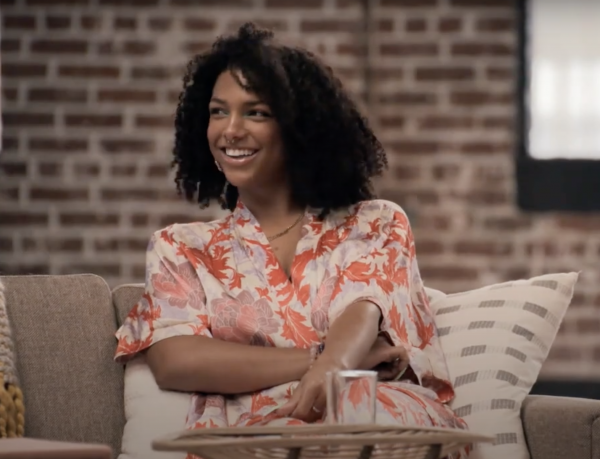 Tianna Arata on ABC’s “Soul of a Nation”

San Luis Obispo activist Tianna Arata made her second national television appearance since her arrest following a protest last July, this time stating she has to fight hard as a black woman just to be free. Even though Arata was never held in jail, for months following her arrest for detaining others against their will, her supporters chanted to set her free.

On Tuesday night, ABC aired a segment of its “Soul of a Nation” show that included Arata; Patrisse Cullors, co-founder of the Black Lives Matter movement, and Chi Osse, a New York City Council candidate. Sunny Hostin, who co-hosts the ABC talk show “The View,” moderated a discussion with the three activists.

The discussion touched upon “black Twitter,” meaning the community of black Twitter users, and Generation Z, to which Arata belongs.

At one point during the segment Arata said, “I have to fight so hard as a black woman to just be free.”

Likewise, Arata discussed facing racism as a child. She said there were never other black people at her schools, and while in elementary school, everyone treated her as “other.”

After being asked what to do as a Generation Z leader, Arata said, “peaceful, beautiful, like joyous protest.”

Previously, in an August interview with ABC’s Byron Pitts, Arata described the July 21, 2020 protest that led to her arrest as “super filled with joy.”

During the July protest, Arata led a group of demonstrators onto Highway 101 in San Luis Obispo and blocked traffic in both directions. While the group was marching through town, Arata led the chant, “Fuck your comfort,” aimed at diners at restaurants.

Arata and others chased down people attempting to get away. The events that took place during the protest have led to a contentious ongoing court case involving Arata and other protesters, one who kicked an officer in the crotch and another who broke a car window with a skateboard.

Neither Arata, nor any of the other participants in the Soul of a Nation segment addressed the case while on the show. One of the participants in the segment, Cullors, previously spoke at a rally held in support of Arata in front of the San Luis Obispo courthouse.