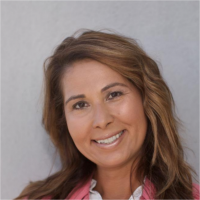 Grover Beach City Councilwoman Mariam Shah announced she was resigning during a city council meeting last week. Shah and her family are moving to Arroyo Grande.

“This will be my last meeting because we are officially moving,” Shah said. “I really appreciate every single one of you.”

Shah was first elected to the council in 2014, when she ran unopposed. With 40% of the votes, in 2018, she came in first out of three candidates.

The council then asked the city manager to include a discussion on how to fill Shah’s seat on the next agenda.