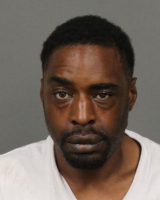 A San Luis Obispo jury has found a 37-year-old Sacramento man of guilty trafficking a 14-year-old girl and forcing her to engage in a sex act.

On Oct. 5, 2018, an officer conducted a traffic stop of a vehicle driven by Lucion Lee Edward Banks, 37. A 14-year-old girl from Oakland was a passenger in Banks’ vehicle.

Officers arresting Banks for for driving on a suspended license and having an outstanding warrant. During a search of the car, investigators found items of clothing, wigs, condoms and cell phone data, leading detectives to believe Banks was trafficking the teen.

At the conclusion of a 12-day trial, during which the victim testified, the jury convicted Banks of trafficking a minor for a sex act. The jury also found Banks guilty of an enhancement for using force or fear to make the victim engage in a commercial sex act.

Banks faces a maximum prison sentence of 15 years to life.

Following the verdict, the SLO County District Attorney’s Office stated in a news release that the victim is doing very well in school and plans to be a beautician in the future.

“I am happy for myself and I feel successful,” the victim said.

“Ms. Doe’s bravery and resilience demonstrated strength and grace as she testified during this trial,” White said in a statement. “I am deeply grateful that so many wonderful people worked so hard to bring justice for our juvenile trafficking survivor.”

Banks currently remains in custody in the SLO County Jail with his bail set at $1 million. His sentencing is scheduled for April 9.