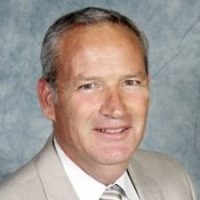 With the selection of a new city manager taking longer than expected, the Paso Robles City Council voted Tuesday to hire an interim chief executive.

Greg Carpenter will begin work as Paso Robles’s interim city manager on April 19. Carpenter previously served as the city manager of El Segundo from 2012 until his retirement in 2019.

Paso Robles City Manager Tom Frutchey announced in November that he would retire in February. But, Frutchey has since remained on the job at the request of the council as the search for his replacement has ensued.

Thus far, the Paso Robles council, 14 community members and city executives have participated in evaluating candidates. The firm Avery and Associates is managing the recruitment process, which has yet to yield a candidate deemed a proper fit for the city.

“We have interviewed outstanding candidates, but don’t want to stop until we are sure we have found the best fit for the city,” Paso Robles Mayor Steve Martin said in a recumbent statement.

Martin said he expects the recruitment process to last another three to six months.