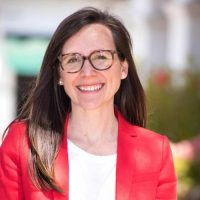 Harmon has served on the Santa Barbara City Council since February 2019. She is a progressive Democrat.

Even so, the SLO County board selected Harmon based on her views regarding the economic importance of off-road vehicle use at the Ocean Dunes.

The Santa Barbara County Board of Supervisors selected Harmon and Williams, based on their knowledge of the Central Coast.

The Coastal Commission, which is made up of 12 voting members who are appointed by the governor, plans and regulates the use of land and water in the coastal zone, including “activities that change the intensity of use of land or public access to coastal waters.”

It is now up to Gov. Newsom to appoint a commissioner and an alternate to represent the South Central Coast.