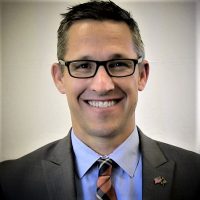 San Luis Obispo County is in line to receive an estimated $54.9 million as part of the $1.9 trillion American Rescue Plan Act, and two supervisors have been selected to develop a plan on how to spend the funds.

Instead of the entire board conducting public workshops on how the funds will be doled out, county staff suggested a two-supervisor committee comprised of John Peschong and Bruce Gibson, who can meet and confer in private. Peschong made the motion for the ad-hoc committee, which was seconded by Gibson.

Supervisors Lynn Compton and Debbie Arnold argued that all five supervisors should work together on the proposed spending plan.

Responding to their concerns, SLO County Administrator Wade Horton said Compton and Arnold could give him suggestions that he would relay to Gibson and Peschong.

County Counsel Rita Neal then told Horton he needed to be careful not to violate the Brown Act.

The Brown Act prohibits serial communications, which are communications relayed to at least three supervisors, although the supervisors are not present at a publicly posted and conducted Brown Act meeting. This could also include Horton promoting his plan for an ad-hoc committee to three or more supervisors prior to last Tuesday’s meeting.

Compton also voiced concerns that a two-man committee dilutes the views of the majority of the board.

Supervisor Dawn Ortiz-Legg said she supported her fellow female supervisors, before admitting she could not remember one of their names and voting against them.

Peschong, Gibson and Ortiz-Legg voted for the ad-hoc committee comprised of Gibson and Peschong. Compton and Arnold dissented.

The county is slated to receive half of funding in the next 60 days, with the remainder of the money arriving no earlier than 12 months after the first payment.

Funds can be used to:

After Peschong and Gibson develop their spending plan, the remaining board members will have an opportunity to provide input.

One Comment about “How will SLO County spend $54.9 million in COVID-19 funding?”