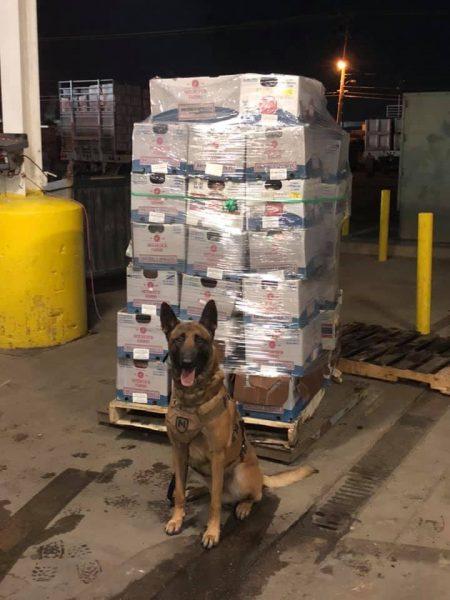 An Oxnard Police Department K-9 detected a half ton of methamphetamine that was being smuggled in produce boxes last week.

Police Officer Caston and K-9 Rocky were conducting a traffic stop of a vehicle in Oxnard when Rocky alerted the officer to the presence of narcotics, the Oxnard Police Department stated in a Facebook post. During a search of the vehicle, Caston found more than 1,000 pounds of methamphetamine with a street value of $2.8 million.

Officers arrested the driver of the vehicle on numerous felony narcotics charges, as well as for being a felon in possession of a firearm.

Following the incident, Rocky posed for a photo with the produce boxes containing the methamphetamine.