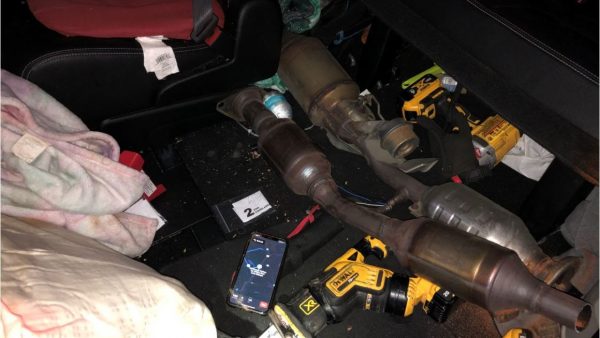 Less than three months into the year, thieves have stolen a total of 73 catalytic converters from vehicles in San Luis Obispo, according to police.

To protect against theft and damage, the police department is instructing residents to park inside a garage. If residents do not have a garage, police suggest people park in well-lit areas and to have a mechanic install anti-theft devices on one’s vehicle.

Additionally, police say now is the time to ramp up the sensitivity of car alarms. Likewise, if anyone hears the sound of a sawzall near parked cars at about 2 a.m., call 911, police said.

Last month, officers caught three thieves from Northern California as they were stealing catalytic converters in San Luis Obispo. Police tracked down the suspects following a tip from a resident who heard what sounded like metal being cut shortly after 1 a.m. in the 100 block of Mustang Drive. The thieves admitted to stealing two catalytic converters each in San Luis Obispo and in Monterey County, according to police.