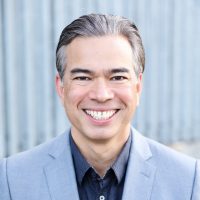 Bonta, who represents Oakland, Alameda and San Leandro in the state Assembly, is set to become California’s first Filipino attorney general. If confirmed by the Assembly and Senate, Bonta will replace Xavier Becerra, who was recently sworn in as President Joe Biden’s Secretary of the Department of Health and Human Services.

First elected to the Assembly in 2012, Bonta has introduced numerous bills, some of which have become law. Bonta has led first-in-the-nation efforts to eliminate cash bail, ban for-profit prisons, protect renters from wrongful evictions and strengthen hate crime laws, Newsom’s office stated in a news release.

In addition to authoring legislation that banned for-profit prisons and immigrant detention centers, Bonta wrote a state law that automatically expunges and modifies criminal records of people convicted of minor marijuana offenses. He also penned legislation requiring immigrants to be informed of their rights before speaking to ICE agents and co-authored a law requiring an independent investigation any time law enforcement is involved in the death of an unarmed civilian.

Bonta also introduced and later rescinded a controversial bill that would have made it easier for members of the Communist Party and their sympathizers to work for government agencies in California. Though the bill was advancing through the Democrat-controlled Legislature, it was causing uproar in California’s sizable Vietnamese-American community.

“Rob represents what makes California great — our desire to take on righteous fights and reverse systemic injustices,” Newsom said. “Growing up with parents steeped in social justice movements, Rob has become a national leader in the fight to repair our justice system and defend the rights of every Californian. And most importantly, at this moment when so many communities are under attack for who they are and who they love, Rob has fought to strengthen hate crime laws and protect or communities from the forces of hate.”

Bonta released a statement thanking Newsom for selecting him and promising to enable Californians who have been wronged to find justice.

“I became a lawyer because I saw the law as the best way to make a positive difference for the most people, and it would be an honor of a lifetime to serve as the attorney for the people of this great state,” Bonta said. “As California’s attorney general, I will work tirelessly every day to ensure that every Californian who has been wronged can find justice and that every person is treated fairly under the law.”