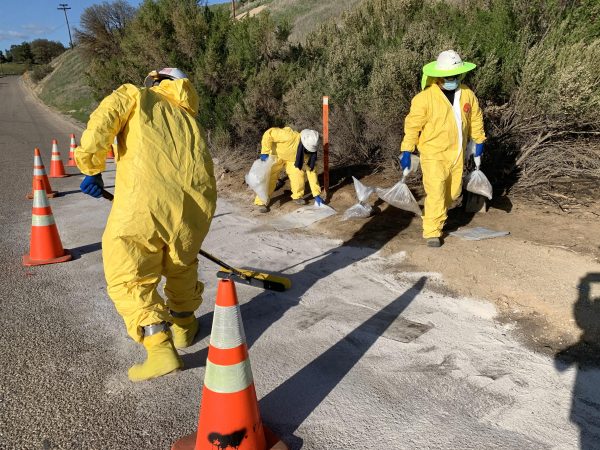 A punctured vineyard storage tank leaked sulfuric acid across a San Miguel roadway and into a storm drain leading to the Salinas River on Thursday afternoon, according to the San Luis Obispo County Department of Public Health.

A trailer towed by a farm tractor at the Locatelli Vineyards at 8585 Cross Canyons Road punctured a tank of sulfuric acid causing the toxic spill. While some of the acid leached into soil at the vineyard, excess acid pooled on Cross Canyons Road. 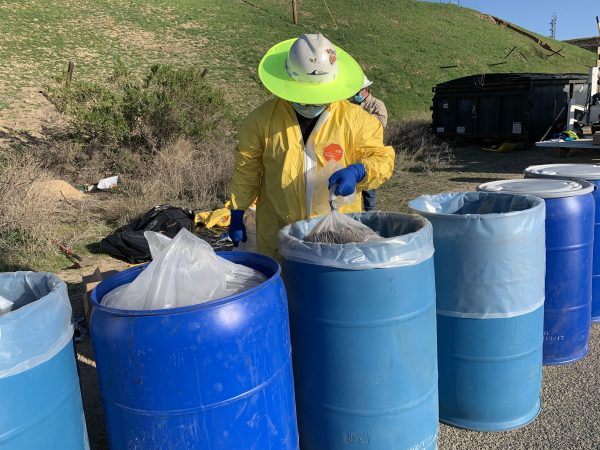 Additional acid also entered a storm drain that leads to the Salinas River. 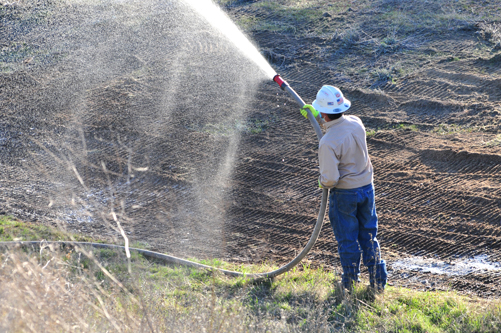 Officials briefly closed Cross Canyons Road while a remediation team worked on the site. The release was contained and partially neutralized by the early Thursday afternoon, according to the county.

The hazardous waste remediation company was further absorbing and neutralizing the soil, road and storm drain on Friday evening.

It is not likely to cause a threat to public health, according to the county.