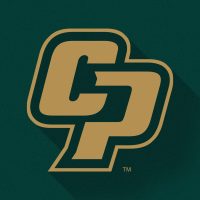 After playing half of a shortened six-game season and losing all three of its contests, the Cal Poly football team is canceling its remaining games, citing a lack of healthy players.

“We made this decision because of the high number of serious, season-ending injuries to our players,” Cal Poly Athletics Director Don Oberhelman said in a statement. “In addition, there are many seniors who informed us of their decision to defer spring quarter enrollment to the fall so that they can play a full fall season.”

Cal Poly had been scheduled to play Northern Arizona on Saturday. If the Mustangs were to play the game, they would only have only 49 players, which is below the Big Sky Conference minimum required for competition, Cal Poly stated in a press release. The Mustangs’ full football roster contains 110 players.

“Everyone in our program remains committed, but I support this decision in the interest of the health and wellness of our students,” Baldwin said. “We look forward to getting healthy in the coming months and are excited for what should be a memorable fall 2021 campaign.”

Members of the coaching staff, Cal Poly President Jeffrey Armstrong, senior university leadership and medical personnel were all consulted on the decision to opt out of the remainder of the current season.

After the NCAA Division 1 Football Championship Subdivision moved its season from fall to spring because of the pandemic, a total of 29 teams, including five from the Big Sky Conference, opted out of competing prior to the start of play in mid-February. Several other teams across the country chose to stop playing after a few games.

Cal Poly’s fall football season is scheduled to begin Sept. 4 with a game at the University of San Diego.