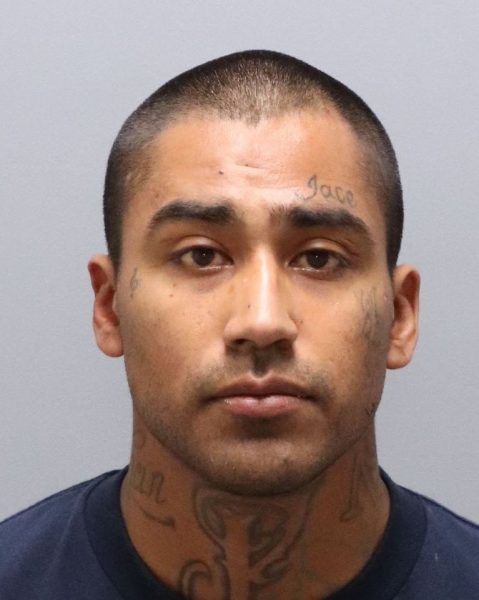 Paso Robles police arrested a 25-year-old man on Monday after he allegedly beat a woman and then locked himself in a bathroom after officers arrived.

At about 6 p.m., an hysterical woman called 911, but then the line disconnected. During a callback, the woman could be heard coughing and crying before the call again disconnected.
Officers raced to a residence in the 2400 block of Branch Creek to hear the sounds of a struggle inside, but nobody would answer the door. Fearing the female was in trouble, officers kicked in the door.
They were then met by a female victim, who was suffering from a laceration to the back of her head, and a young child.
The alleged assailant, Ivan Peraltabarrios, barricaded himself in a bathroom. He refused to surrender, telling officers they would have to shoot him, police said. After nearly an hour, Peraltabarrios surrendered.
Officers booked Peraltabarrios into the San Luis Obispo County Jail on charges of domestic violence, assault with a deadly weapon, threats with the intent to terrorize and willful delay of an officer. He is being held in lieu of $50,000 bail.