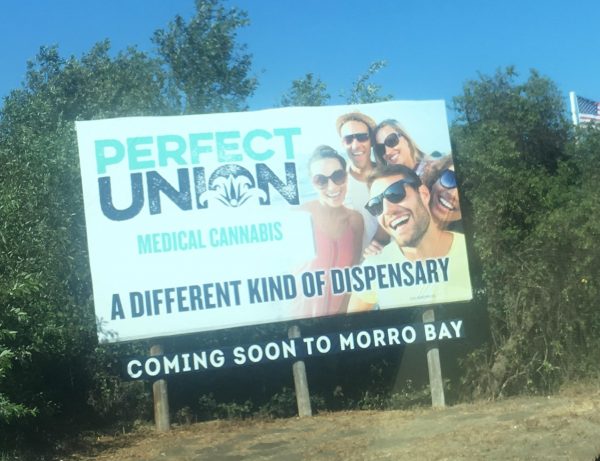 Assemblywoman Jacqui Irwin (D-Thousand Oaks) is pushing legislation that would expand prohibitions against advertising cannabis on interstate highways to include all state highways. Irwin believes that the authors of Prop. 64 wanted to limit cannabis advertising exposure to children by restricting billboards.

In their rebuttal, proponents of Prop. 64 noted in the Official Voter Information Guide that the proposition “contains the nation’s strictest child protections: warning labels, child-resistant packaging, and advertising restrictions, and it requires keeping marijuana out of public view, away from children.” The proposition restricts billboard advertising on any highways that cross a state border.

Even so, in 2019, the California Bureau of Cannabis Control interpreted the law to mean that billboards could be used to advertise marijuana businesses on interstate highways as long as they were not within 15 miles of the border.

Concerned with the impact cannabis advertising could have on children, SLO County resident Matthew Farmer filed a lawsuit challenging the state’s interpretation. His attorneys Saro Rizzo and Stewart Jenkins successfully battled the bureau and its interpretation of Prop. 64.

“Such language leaves little room for doubt that the electors’ intent of the blanket prohibition of billboard advertising was to protect children from viewing cannabis advertising while on all the Interstate Highways or State Highways which cross the California border,” Rizzo said. “Interestingly, and in order to protect children, the advertising of cigarettes on outdoor billboards was banned nationwide under the 1998 Tobacco Master Settlement Agreement.”

In support of those in the legal pot shop industry who argue that advertising is needed to combat black market marijuana sales, Assemblyman Bill Quirk (D-Hayward) introduced a bill last month that would make it legal to place cannabis advertisements on highways at least 15 miles from a state border, and on all other roadways in California.

Because Quirk’s proposed bill seeks to weaken the public health protections of Prop. 64, a two-thirds vote of both houses is required. On the other side, Irwin’s proposed bill requires a simple majority.

In addition to the violations of Prop. 64, Rizzo and Jenkins discovered that the Lady Bird Johnson Highway Beautification Act forbids the advertising of substances illegal under federal law on interstate highways. Federal law still criminalizes marijuana and the placement of the cannabis billboards puts California in danger of losing 10 percent of its federal highway funding.