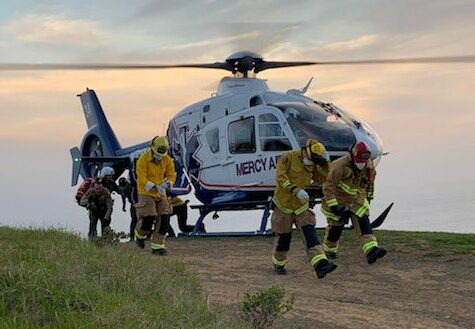 At about 6:30 p.m., a Caycuos resident reported seeing a green car roll down a hill near the intersection of Chaney Avenue and Gilbert Avenue from their balcony. Officers arrived to find two people, both of whom were ejected from the vehicle, suffering from major injuries.

Emergency personnel transported one victim by air and the other by a ground ambulance.

#ChaneyIC at scene. Two patients ejected from a single vehicle roll over. Both have moderate injuries. Two helicopters have been ordered due to the injuries and location. pic.twitter.com/kaRmGQBG38