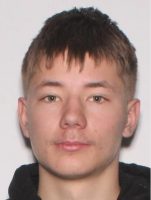 An Indiana man who allegedly used a gaming platform last year to send lewd images to a minor in Los Osos has been arrested again, this time on federal child exploitation charges.

On or before Sept. 25, a child was playing an online gaming platform in his Los Osos home when another player, 20-year-old Columbus, Indiana man Jordan Fields, sent him lewd images, including child pornography. The San Luis Obispo County Counter Human Trafficking Team then launched an investigation.

During the investigation, detectives identified Fields as the suspect and coordinated with the FBI field offices in Santa Maria and Indiana, as well as the Bartholomew County Sheriff’s Office.

On Nov. 13, FBI agents and Bartholomew County Sheriff’s deputies contacted and interviewed Fields in Columbus. Authorities arrested Fields and booked him in the Bartholomew County Jail on charges related to child exploitation and possession of child pornography.

Fields eventually posted bail and was released from custody.

The investigation into the case continued, and on March 25, FBI agents in Indiana arrested Fields on federal charges and booked him in a Southern District of Indiana facility. Fields is facing three counts of sexual exploitation or attempted sexual exploitation of a child and one count of receiving and distributing child pornography.

SLO County Sheriff’s officials say the success of the investigation is due to cooperation between the San Luis Obispo County Human Trafficking Team, the local FBI field office and authorities in Indiana.