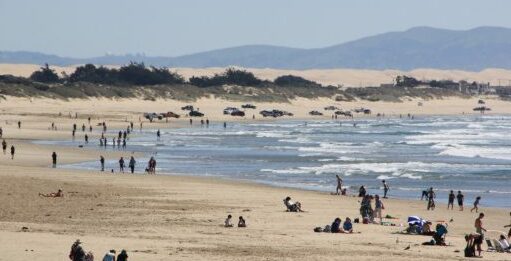 Park Rangers identified the man whose body was found in the surf at Pismo Beach State Park on Wednesday as John Peter Moore, 58, of Exeter.

While the cause of death has not yet been determined, officials do not suspect foul play.

Shortly before 3:30 a.m., a couple from Maricopa found the body while walking on the beach. The body, partially covered in sand, was in the edges of the surf, photos of the body show.

The deceased was found wearing only a black T-shirt and black socks.