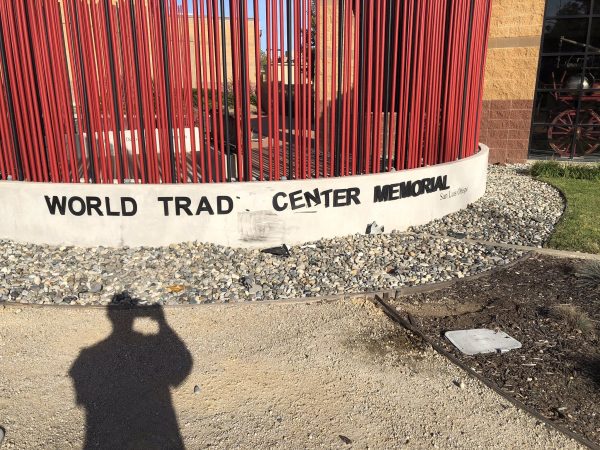 A driver crashed into and damaged the 9/11 memorial at San Luis Obispo’s Fire Station 1 Saturday evening, suffering injuries in the accident.

Shortly after 5 p.m., the driver went off the road by the intersection of Santa Barbara Avenue and Broad Street and hit the memorial. The collision knocked the “e” from “trade” off the base of the memorial, which read, “World Trade Center memorial.”

After colliding with the face of the memorial, the car drove across the street and struck a pole, according to the San Luis Obispo Fire Department. Responders removed the injured driver from the vehicle and transported the person to the hospital.

It is unclear what caused the driver to lose control of the car. The extent of the person’s injuries is also unclear.

The crash occurred while firefighters were tending to a nearby blaze at an apartment complex on High Street. Firefighters reportedly contained the blaze to an outdoor area around a deck. 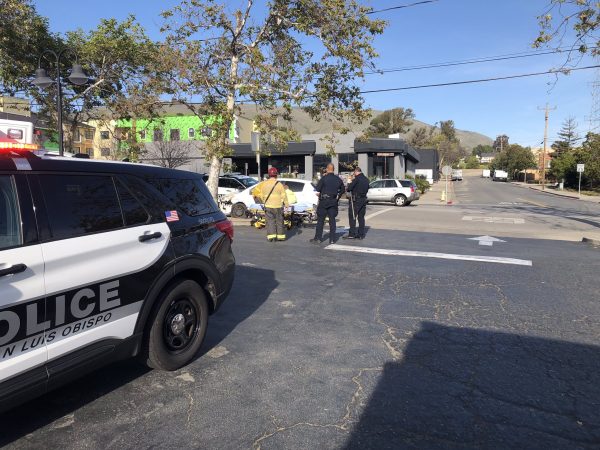