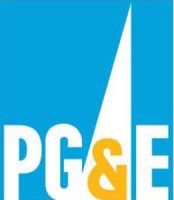 The California Public Utilities Commission (PUC) is considering reprimanding PG&E on Thursday for continuing to neglect its electrical grid that, in recent years, sparked large and deadly wildfires. [KCRA]

The reprimand could mark the first step in a process leading toward regulators eventually revoking PG&E’s utility license, in accordance with a deal reached last year during the company’s bankruptcy.

After negotiating $25.5 billion in settlements, PG&E promised to reduce the chance of its equipment causing more wildfires, pledging to spending $40 billion in the next decade. However, regulators allege PG&E has not done enough to mitigate the risks posed by crumbling equipment and overgrown trees that are susceptible to coming in contact with or falling on nearby power lines.

In a proceeding separate from Thursday’s hearing on the potential reprimand, the Public Advocates Office, a watchdog agency for the Public Utilities Commission, is recommending regulators reject PG&E’s plan to prevent wildfires this year. The agency says PG&E has trimmed trees and replaced equipment in the lowest risk areas of its grid instead of the most dangerous locations.

PG&E is unnecessarily endangering people and causing delays that could result in a 20-year wait before its electrical grid is reshaped, which would be about 10 years longer than the utility has estimated, the Public Advocates Office stated in a report.

PG&E replied to the Public Advocates Office, saying the agency ignored substantial progress and work on wildfire mitigation initiatives done by the utility. PG&E made a wide range of improvements and upgrades last year in order to reduce wildfire risk, according to PG&E. The company also discussed the scope of deliberate blackouts during high fire danger conditions.

The PUC is requiring PG&E to submit plans for fixing problems cited by regulators and then report on its progress every 90 days. If regulators find PG&E is still not protecting public safety, they could take tougher action against the utility and ultimately revoke its license.