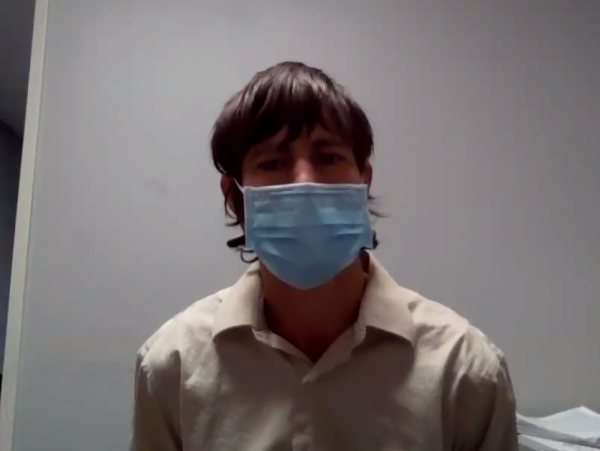 The Grover Beach man accused of the brutal murder of an Oceano activist repeatedly interrupted the judge at a hearing today to espouse his innocence, before he pled not guilty.

James Krause, 41, is charged with the brutal murder of 90-year-old Lawrence Albert Bross of Oceano. On Jan. 24, 2019, one of Bross’ neighbors found his battered body in his home. He had been beaten and stabbed.

During Thursday’s hearing, Krause yelled out repeatedly that he needed four months to write letters and look people up.

“This is a really serious case threatening my life,” Krause said. “I am innocent. I need four months.”

However, Judge Baltodano wanted no bail set because of public safety issues and new laws that allow indigent defendants out on minimal bail, even if set at $1 million.

Rice then asked for justification for no bail as it was not a capital crime case. Judge Baltonado then set Krause’s bail at $1 million.

While the judge granted Krause’s request for a four month delay in the murder case moving forward, he scheduled Krause to return to court on April 22 on other charges and for a bail review.