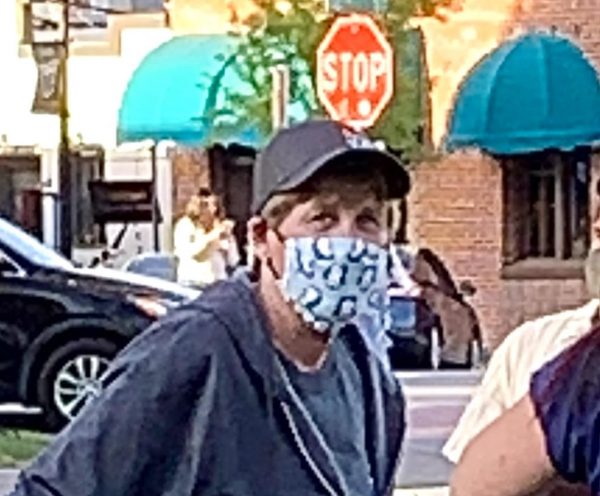 Black Lives Matter protests picked up nationwide this week spurred by uproar over the fatal shooting of Daunte Wright by a Minnesota police officer, which occurred as the George Floyd murder trial was taking place nearby. Attacks on journalists picked up, too, occurring at protests as well as at a Kristin Smart vigil in Paso Robles.

The fatal shooting of Wright placed the national spotlight on Brooklyn Center, Minnesota, a suburb of Minneapolis. Since the killing of Wright last Sunday, protests have been ongoing daily, at times morphing into riots.

Meanwhile, there have been sizable protests on the West Coast, some of which have also turned violent. A pair of journalists were assaulted at West Coast protests this week, one in Los Angeles and one in Portland.

During a march Thursday night in Hollywood, protesters followed Kalen D’Almedia, a co-founder of Scriberr News. Protesters surrounded D’Almedia, called him a Nazi and pushed him while walking beside him, video shows.

A member of the crowd then punched D’Almedia, knocking him to the ground and possibly causing him to lose consciousness. Protesters can be seen in video footage stomping on D’Almedia while he was on the ground.

Los Angeles police officers were standing nearby while the assault happened, but they did not intervene. Following the incident, D’Almedia said he suffered a moderate concussion.

On Friday in Portland, where another fatal police shooting occurred, freelance journalist Justin Yau was shoved to the ground and hit multiple times while covering a protest. Yau was bloodied, and his glasses were broken. He was also ordered to stop taking photographs. [Portland Tribune]

A couple days prior, Yau posted video on Twitter of the Portland Police Association Building on fire. Protesters set the police union building on fire during a demonstration against the killing of Wright, Yau tweeted. Yau’s reporting angered some protest sympathizers who demanded he delete the tweet.

Reporter @PDocumentarians bleeding after being shoved to the ground, hit multiple times while covering a protest in Portland right now pic.twitter.com/F1qVyUL1sa

In Brooklyn Center, journalists have faced attacks from both protesters and police.

On Wednesday night, a protester threw a water bottle that hit a CNN crew member in the head, knocking him to the ground. Demonstrators then chased the CNN crew off, cursing at them and throwing eggs at them and their vehicle as they fled the protest.

The attack was preceded by protesters demanding the crew cover the demonstration from a different vantage point. CNN reporter Miguel Marquez refused to comply with the demands and said protesters do not dictate news coverage. [Washington Examiner]

Protesters just chased the entire CNN crew away from the police precinct. pic.twitter.com/r6TGmnBxIH

Minnesota police are facing numerous accusations over harassing and even assaulting journalists during this week’s protests in Brooklyn Center. One freelance photographer said an officer punched him in the head and forced him to the ground.

On Friday, a United States District Court judge issued a temporary restraining order prohibiting police from arresting, threatening to arrest or using force against journalists. Minnesota police are now promising to comply with the order.

When Bastian refused to leave, Bryant grabbed his stool. She then became physical, said Bastian and several witnesses.

Bryant choked Bastian and shoved him, witnesses said. She pushed him again, after which Bastian regained his balance and hit Bryant in the jaw.

Police officers arrived at the scene and asked Bastian if he wanted to press charges.

“Why start World War III,” Bastian responded. “It’s just another day for news media trying to do their job. Welcome to the new normal in the neighborhood.” 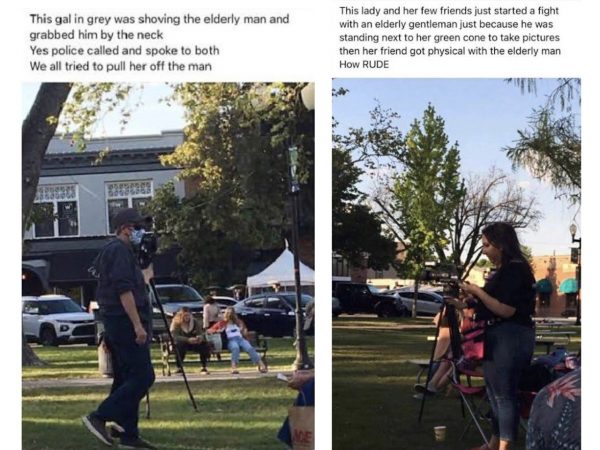 Two private social media postings regarding the assault. CCN is leaving the names of the witnesses out to protect their safety.