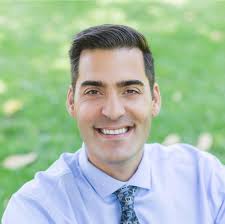 After years of meetings, the cities of Pismo Beach, Arroyo Grande and Grover Beach agreed on plans for Central Coast Blue, a regional recycled water project set to bring a reliable water source to the Five Cities area, and were set to sign an operating agreement in early April.

But that was before the Arroyo Grande City Council voted not to sign the agreement unless the other two cities agreed to hire union labor through a community workforce agreement (CWA). A CWA, also known as a project labor agreement, is a collective bargaining agreement with one or more labor organizations for construction of a project.

Arroyo Grande City Councilman Jimmy Paulding, who recently pulled papers to run for county supervisor District 4 in 2022, spearheaded the charge for union labor. During Paulding’s last run for supervisor, unions donated more than $20,000 to his campaign.

“I really hope all the parties can agree to these changes,” Paulding said. “It is a really important project going forward.”

However, the other two cities rejected their demand. The existing operating agreement already required a good faith effort to hire qualified local residents, though they did not need to be union members.

On April 13, the Arroyo Grande City Council met to discuss the project, with Paulding again noting his desire for a union labor requirement, while the remainder of the council was more interested in having more control.

During the meeting, council members discussed the importance of securing a reliable water source through Central Coast Blue. Even so, they voted unanimously to withdraw from the project unless the other cities agreed to form a management committee, subject to the Brown Act, to manage the project.

Arroyo Grande officials also discussed the possibility of purchasing water from Central Coast Blue as a non-owner agency. City staff then informed the council that their rates as a non-owner would be higher than what the owner/member agencies pay for water.

On the other side, Pismo Beach is planning to operate the facility through their public works department in order to keep the overhead low.

“Central Coast Blue is a regional project that ensures water resilience for our region and protects the precious underground aquifer,” said Pismo Beach City Manager Jim Lewis. “Just a few short years ago, our water supplies became dangerously low due to drought conditions. We again are at the precipice of drought that will devastate the residents, businesses, and local economy of our communities.

“One of the decisions that remains to be made is construction procurement by which we want to ensure that the project construction benefits the local economy. In the end, decisions must be made that ensure the project is completed, while defending the rates the families and businesses pay.”