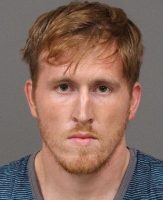 Following the retrial of a child molestation case that had been overturned by an appellate court, an Arroyo Grande man has again been convicted of sexual abuse charges that could land him a life sentence.

The following month, a judge sentenced Julian to 27 years to life in prison.

The inadmissible evidence prejudiced the jury, depriving Julian of a fair trial, the appellate court ruled. Julian’s defense attorney failed to object to the evidence.

After a two and a half-week retrial, a jury convicted Julian of the same charges jurors found him guilty of in the initial trial.

Julian now faces life in prison, according to the San Luis Obispo County District Attorney’s Office. His sentencing hearing is scheduled for June 16 in the courtroom of Judge Jacqueline Duffy.