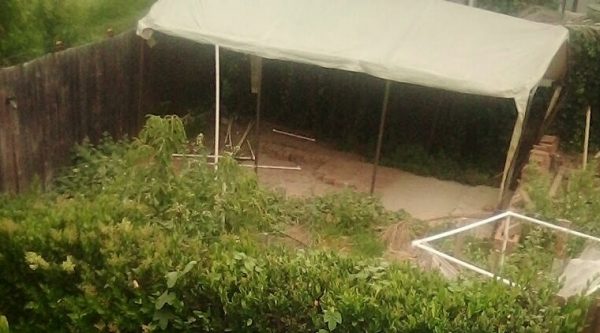 Editor’s Note: CalCoastNews reporters conducted multiple interviews with neighbors of Paul Flores over the past year. Several sources asked that their names not be disclosed in articles.

Kristin Smart case investigators did not find her body below the deck of a house in Arroyo Grande owned by murder suspect Paul Flores’ father. They did find evidence that a body had once been buried there. Now, neighbors in the San Pedro neighborhood where Paul Flores lived for more than a decade, say he buried something in his back yard about a year ago.

SLO County Deputy District Attorney Christopher Peuvrelle declared in documents used in a bail reduction hearing for Paul Flores and his father Ruben Flores that investigators had found evidence that a body had been buried under the father’s deck.

“The excavation below his deck . . . showed damning evidence that a body had been buried in that location and then recently moved,” Peuvrelle said in a written statement filed in court, The Washington Post reported April 21.

Neighbors, who asked not to be identified in this story, were suspicious when Paul Flores, who had left his back yard overgrown with weeds for years, began removing the brush in 2019.

Paul Flores dug a large hole in a rear corner of his back yard after that, his neighbors said.

Some weeks later, and shortly before midnight, one of the neighbors saw Paul Flores take something wrapped in a black blanket from the trunk of his car. The neighbor watched as he carried the object to his back yard and put it in the hole. He covered the hole with plywood.

The next day, the neighbor asked Paul Flores what he had put in the hole. He said it was his dead dog, the neighbor recalled. But the neighbors say they did not believe he had any dogs then.

After that, Paul Flores built a roughly 10-by-15-foot wood frame around the hole and placed rebar, metal reinforcing bars, inside.

He rented a concrete truck and filled the frame. Once the concrete set, Paul Flores laid red bricks over the concrete. CalCoastNews reported on and published pictures of bags of cement on Paul Flores’ front porch about a year ago. 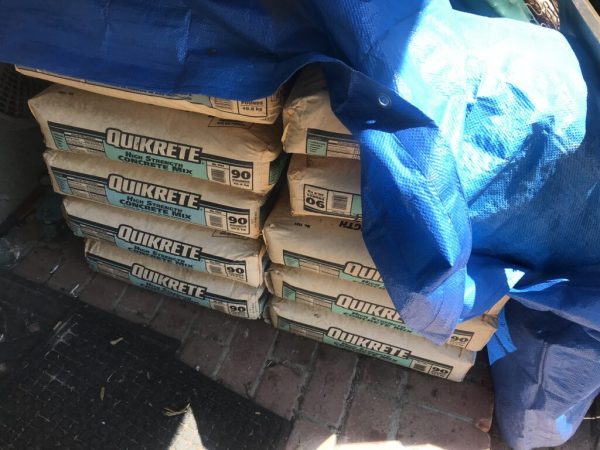 He was working to add a second layer of bricks when he was arrested on April 13, 2021.

“It was weird to me,” a neighbor, who asked not to be identified, said. “You don’t put bricks over bricks.”

Shortly after Paul Flores buried the object in his back yard, he acquired two mixed pit bulls, a female named Lucy, and her pup. The pup died about a month or two ago. Flores then brought home another dog, a pit bull, which neighbors describe as vicious.

After deputies arrested Paul Flores, his dogs remained in the back yard. Neighbors threw food over the back fence and tried to get animal control to pick up the dogs. Several days ago, the dogs broke out and a neighbor took the animals to his home.

Deputies left the dogs in the backyard because a relative of Flores was supposed to take care of the property following the arrest, the San Luis Obispo County Sheriff’s Office said.

Since Paul Flores’ arrest, people have been in and out of his home, doors have been left open and it appears the property is vacant, neighbors said. Neighbors also said it appeared there was a squatter in the house for several days.

On Wednesday afternoon, the home was targeted in what the Los Angeles Police Department, which has jurisdiction in San Pedro, classified as an attempted burglary.

Paul Flores remains incarcerated in San Luis Obispo County Jail where he is being held without bail. Ruben Flores was released on bail Thursday morning.

Prosecutors also claimed in the bail documents that Paul Flores was believed to be a serial rapist.

Investigators have said that Paul Flores killed Smart during an attempted sexual assault and his father helped hide the body. Paul Flores and Smart were both students at California Polytechnic State University, San Luis Obispo, at the time of her disappearance.