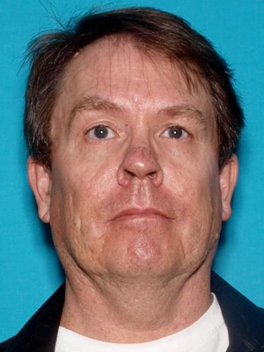 A Los Angeles County judge on Tuesday sentenced a convicted sex offender with Central Coast ties to life in prison without the possibility of parole for the murders of two 6-year-old boys in the 80s.

As a teen, Kenneth Kasten Rasmuson lived in Santa Barbara County, where in 1981, he was convicted of sodomy of a child under 14.

Deemed a sexually violent predator, Rasmuson, 59, spent much of his adult life behind bars, yet he has still managed to kidnap and sexually abuse numerous children. Rasmuson lured or snatched boys off streets in their neighborhoods and even from their front yards.

At 19, Rasmuson kidnapped and raped an 11-year-old boy in Santa Barbara County. On Sept. 2, 1981, Rasmuson asked the boy, who was riding his bike to football practice, to help him find his dog.

Following the rape, the boy told his coach what happened. Officers then discovered Rasmuson lurking near the youth sports fields and arrested him. Rasmuson was released from Atascadero State Hospital in April 1985.

Two months prior to Rasmuson’s arrest, Jeffrey Vargo disappeared. He left his house in Anaheim Hills on July 2, 1981, to look at a fireworks stand. The next day, two construction workers found the 6-year-old’s body in Pomona.

Miguel Antero, 6, went missing from just outside his Agoura Hills home on April 8, 1986. Later that day, the boy’s body was found in a wash in Agoura Hills.

In 1987, Rasmuson grabbed a 3-year-old off a sidewalk in Los Angeles. The boy was found wandering naked the next day in the Agoura foothills. Rasmuson turned himself in, and was released to Santa Barbara County in 2007.

In 2015, decades after the cases went cold, DNA connected Rasmuson to the murders of Vargo and Antero.

In February, Rasmuson pled no contest to two counts of murder, as well as a special circumstance allegation for committing multiple murders.

Orange County District Attorney Todd Spitzer then filed a special circumstances murder charge over the killing of Vargo. Spitzer said he was ready to take over the case involving the murder of the Anaheim Hills boy and prosecute Rasmuson to the full extent of the law, if Gascon refused to do so.

“Jeffrey’s family will have justice,” Spitzer said in a statement in February. “I refuse to allow the LADA’s ‘one-size fits all approach’ to prevent the family of a 6-year-old murdered child from achieving the justice that they deserve. His crimes are the stuff of parents’ nightmares and I will do everything in my power to ensure that this pedophile is held accountable for his crimes and is off the streets for the rest of his life. We will not take any chance of having this sexually violent predator come in contact with one more child. If George Gascon refuses to follow the law in prosecuting a pedophile murderer, I will.”

But, a judge ruled Gascon’s directive on eliminating sentencing enhancements was unlawful, and the case remained in Los Angeles County court, culminating with Rasmuson being sentenced to life in prison without the possibility of parole.