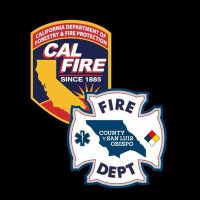 Fire officials ended San Luis Obispo County’s open burn season on Friday, a move announced as wildfire risk in California is starting earlier and lasting later into the year than in past decades.

In accordance with the announcement by Cal Fire and the San Luis Obispo County Fire Department, the local Air Pollution Control District will now suspend issuing backyard burn permits until the end of fire season. All other types of burning, including agricultural burning, now require a Cal Fire burn permit.

Greatest wildfire risk exists between August and November, when there tends to be a lot of dried vegetation, as well as heavy wind. When coupled with Santa Ana winds, which are most common in the months of September, October and November, the extended dry season is causing the threat of wildfires to linger late in the year.

California’s Public Resources Code requires property owners to maintain 100 feet of defensible space around all homes. Additionally, residents are encouraged to be vigilant and avoid activities that could spark fires, like mowing dry vegetation during warm or windy conditions.