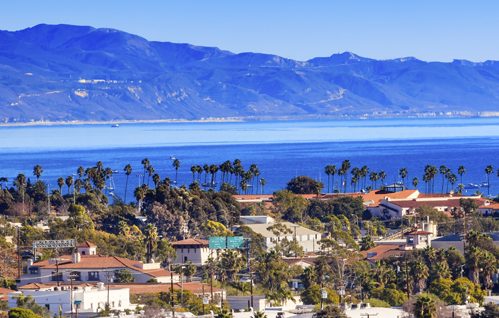 In 2019, a superior court judge ruled that Santa Barbara must allow short-term vacation rentals in the coastal zone as it did before banning them in 2015. The city then appealed the decision to the Second Appellate District Court in Ventura.

Judges Steven Perren, Kenneth Yegan and Martin Tangeman’s ruling protects the rights of property owners to rent out residences near the coast.

“The city incorrectly contends that because STVRs are not expressly included in the LCP, they are therefore excluded, giving the city the right to regulate them without regard to the Coastal Act,” Perren wrote.

The judges also granted Kracke the ability to recover his legal costs from the city.

“We’re absolutely thrilled,” Kracke said. “The city fought us every step of the way. Now is their prime opportunity to draft fair regulation of STVRs rather than continue to waste taxpayer money and seek review by the California Supreme Court.”

“This published decision has statewide implications,” Logue said. “It’s a major victory for Californians who prefer affordable vacation accommodations along the coast. Our client deserves huge credit for waging this battle. He’s taken arrows from all sides and faced ridicule by the City Attorney’s office. Anyone who uses or operates STVRs in
Santa Barbara should thank him.”