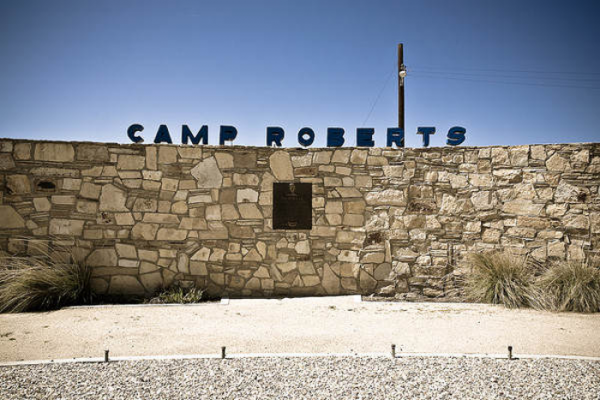 Amid drought conditions and concerns of water shortages, the Department of Health and Human Services has received permission to temporarily house unaccompanied migrant children at Camp Roberts in San Luis Obispo and Monterey counties.

Initially, 1,500 children were to be housed in barracks. Now, there are plans for a maximum of 20,000 children to be sheltered in either military-style tents or trailers for up to four years, according to several sources who have asked to remain anonymous. Several thousand caregivers and other support workers would add to the total number housed at the base.

For more than a decade, declining water levels in the basin have caused residential and small agricultural wells to go dry. The civilian population and agriculture uses have dramatically increased leading to less water availability, according to the study.

The National Oceanic and Atmospheric Administration reported in late April that 97.5% of California was under drought conditions. San Luis Obispo and Monterey counties are in moderate to severe drought.

A 2020 University of Cal Poly study describes a worst case scenario if farmers and residents are forced to reduce their water usage by 23 percent. Wineries could lose more than $215 million annually, with an estimated 967 jobs lost.

The study, “The Economic Impact on the Local Economy of Irrigated Agriculture in the Paso Robles Area and Potential Impacts of the Sustainable Groundwater Management Act,” was conducted by Lynn Hamilton, Ph.D. and Michael McCollough, Ph.D. of Cal Poly.

Camp Roberts straddles San Luis Obispo and Monterey counties. Current plans are to house the children on the Monterey County side of the base, where minority soldiers were segregated in the 40s. Because the infrastructure is dilapidated, federal employees are currently assessing infrastructure, such as plumbing for water and sewer, sources said.

For decades, the California Military Department has retained jurisdiction over the federally owned base. However, sources contend the federal goverment has recently taken control of portions of the base.

Government officials from multiple agencies, including the U.S. Department of Health and Human Services, have refused to discuss detailed plans for Camp Roberts.

Lt. Col. Jonathan Shiroma, Chief of Media Relations, said the California National Guard “retains operations at Camp Roberts,” but directed questions regarding portions of the base being under federal control to the U.S. Department of Health and Human Services, which also refused to answer questions.

Some 22,195 children are in the Department of Health and Human Services custody and more than 683 in Customs and Border Patrol custody, not including children from Mexico who are expected to be repatriated, according to Homeland Security.

On May 3, border patrol officers apprehended 426 unaccompanied migrant children and placed them in Customs and Border Patrol custody. Over the past 30 days, officers have picked up an average of 429 children a day.

Camp Roberts is the third military base selected to house unaccompanied children. The Pentagon previously approved Fort Bliss and Joint Base, both in Texas, as other sites to house immigrant children.