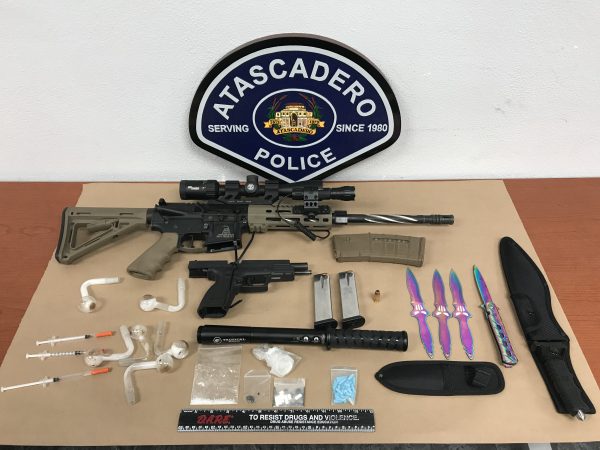 Police arrested a 27-year-old felon in Atascadero Tuesday on multiple drug and weapons charges after spotting the man looking into a parked car in the Motel 6 parking lot on El Camino Real.

Shortly after 2 a.m., officers watched as the man appeared to conceal something in his waistband. Officers searched Manuel Roy Catron Jr. and found a fixed blade knife and a .40 caliber pistol concealed under his shirt.

During a search of his vehicle, officers located a rifle, stun gun, drug paraphernalia and additional pills.