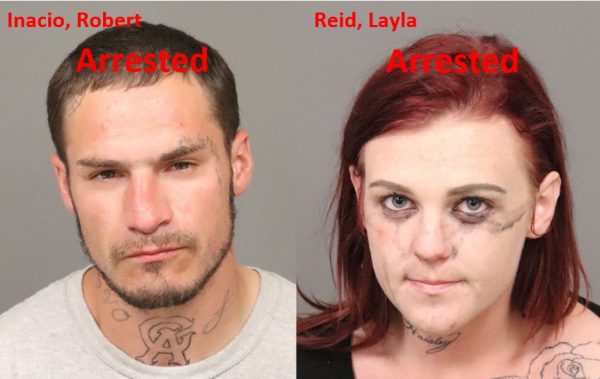 Police officers arrested a pair of alleged thieves in Grover Beach on Friday, one of whom was rearrested on Sunday following her release from jail.

Early Friday morning, Grover Beach patrol officers found Robert Inacio, 26, of Oceano and Layla Reid, 19, of Nipomo with two electric bicycles and a set of keys. Investigators also determined Robert and Reid had been involved in a burglary three days prior in which a generator was stolen.

Inacio confessed to stealing the items from the North Beach Campground in Pismo Beach and from a vehicle in Arroyo Grande, according to the Grover Beach Police Department.

Likewise, Grover Beach officers arrested Reid and booked her in jail on two counts of burglary and one count of resisting arrest. Reid was booked in jail shortly after 7 a.m. Friday and later released.

Then on Sunday, Pismo Beach police officers arrested Reid on felony charges of attempted burglary and conspiracy to commit a crime, as well as a misdemeanor resisting arrest charge.