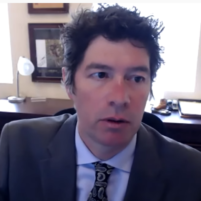 In a scathing letter, San Luis Obispo County chastises San Simeon Community Services District’s legal counsel for failing to properly respond to questions about an alleged encroachment and the awarding of non-bid contracts. This nondisclosure could cost the district more than $500,000.

San Simeon CSD began applying for grants for upgrades to its water system in 2016, prompting local watchdog Henry Krzciuk to question the district’s failures to put contracting work out to bid as required by state law and by grant providers. At the time, SLO County Counsel Rita Neal deferred to Sam Simeon’s legal counsel, Jeff Minnery with Adamski, Moroski, Madden, Cumberland & Green, for a determination that bidding was not required.

Late last year, the district’s failures to abide by conflict of interest laws resulted in the district losing $250,000 in grants from the National Fish and Wildlife Foundation and the Ocean Protection Council.

Krzciuk then turned to the State Department of Water Resources, which had awarded a $500,000 grant, to investigate the failure to put that contract out to bid, resulting in the state ordering the county, as administrator of the grant, to conduct an investigation.

On Dec. 21, 2020, the county ordered the district to respond to a lengthy list of questions and records requests regarding three grants the state approved in the past four years. In addition to asking questions about the district’s lack of a competitive bidding process, the county’s questions also focused on the factors that led up to the San Simeon CSD building its water treatment facility on the Hearst Ranch without an easement.

However, instead of responding to questions and providing requested documentation, Minnery said the allegations were premature and under review. Of the 23 requested responses, Minnery fully answered only three.

“Mr. Minnery states ‘the complaint fails for lack of specificity,’ because it fails to cite a law or regulation that was violated and because it incorrectly asserts that competitive bidding is required,” according to a May 6 letter from the SLO County Department of Public Works. “The request does specifically refer to, and request analysis of, Government Code Section 4529.12.”

Governments Code 4529.12 requires that “all architectural and engineering services shall be procured pursuant to a fair, competitive selection process.”

The county gave Minnery and the district until June 11 to provide complete written responses or risk losing more than $500,000 in grant funding.