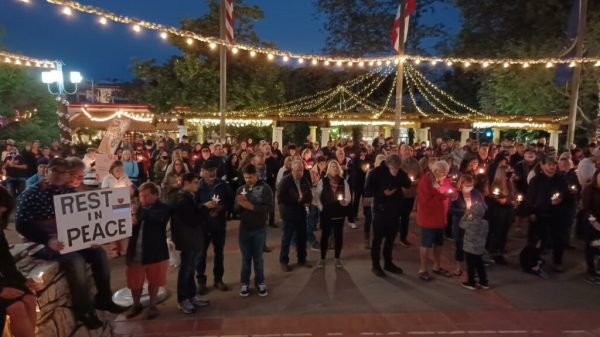 Hundreds of people gathered Friday to honor the life and service of San Luis Obispo police officer Luca Benedetti, who died in the line of duty last week.

People assembled at the Madonna Inn for a cruise that wound through downtown. Many of the vehicles sported thin blue line or American flags. 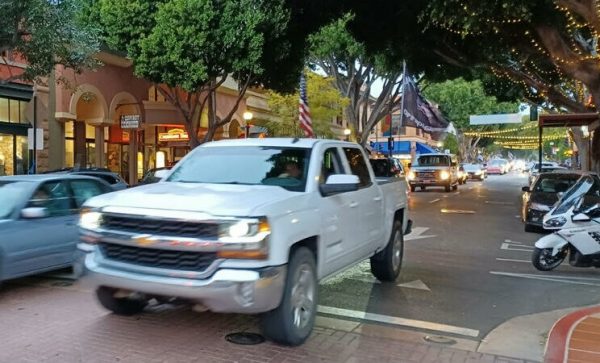 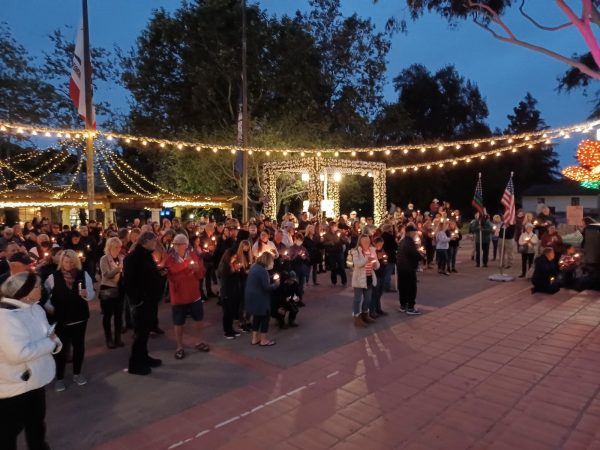 “We ask our law enforcement officers to do so much, and often under very difficult circumstances,” Dow said. “Every day, those who put on the uniform and those who are undercover are willing to step into the face of danger so you and I don’t have to do that.” 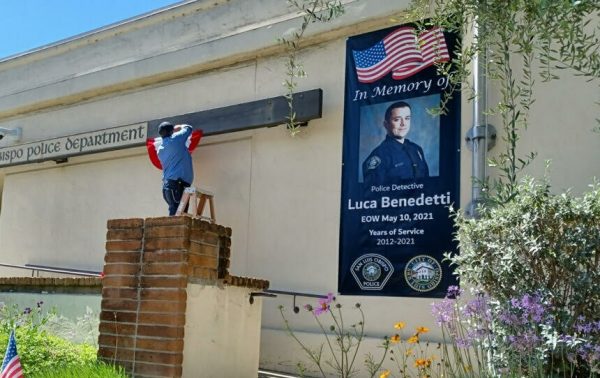