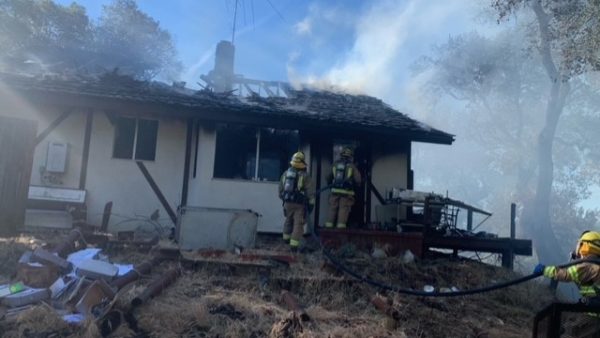 More than 5,000 rounds of ammunition exploded and one person was injured during a residential fire on Valle Avenue in Atascadero on Friday.

Shortly before 5 p.m., firefighters responded to a residence with heavy fire in over half of the structure, one resident with burn injuries and a ½ acre of vegetation burning towards adjacent structures. Because of a narrow driveway, only one engine was able to get close to the structure. All other resources parked at the bottom of a hill and hiked their gear to the fire.

The fire then spread to a storage area holding over 5,000 rounds of personal ammunition, which exploded during the blaze. After approximately 15 minutes into the fire fight, the building was deemed unsafe to occupy and all fire crews had to retreat to the outside.

It took firefighters 30 minutes to extinguish the fire. Fire crews administered medical treatment to the resident for burns to his arms, face and back.

The cause of the fire remains under investigation, but arson is suspected.