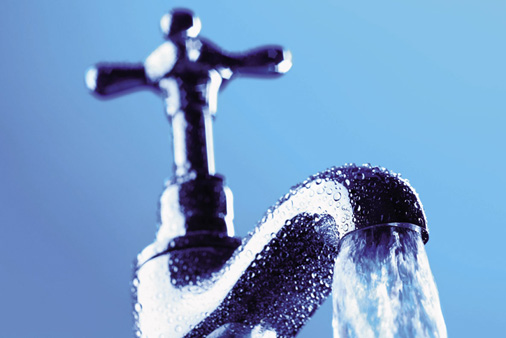 After repeatedly failing to vote yes or no on a requested hardship exemption, or agree to provide water, San Simeon Community Services District Board members have been named in a proposed lawsuit over an alleged taking.

In what has become a standard practice after receiving a legal threat, district legal Council Jeff Minnery responded to a written intent to file a lawsuit by asking for more time. In this case, the property owner gave Minnery the three weeks he asked for, but if the district fails to act, Robert Hather plans to file suit in federal court.

Amid concerns over water quality and quantity, the district enacted a water moratorium 35 years ago. In 2016, the district installed a reverse osmosis facility, but did not immediately remove or modify the moratorium.

For 17 years, Robert Hather worked to build an affordable housing development on a less than 2 acre parcel he owns in Sam Simeon, but was denied a water hookup. Initially, Hather purchased the property as part of his retirement plan, but instead of making money, has lost money on upkeep and taxes.

Then in Nov. 2020, Hather filed for a hardship exemption, which is allowed under the district’s moratorium ordinance.

Even though the district failed to properly notice the hardship exemption request, the district board discussed Hather’s proposal at its Jan. 14, 2021 meeting. Rather than vote, the board elected to table the request.

When an ordinance removes all beneficial uses and productivity of a property, government has “a duty to compensate the owner for the period during which the regulation is in force,” according to the proposed suit.

The suit also accuses the district of failing to abide by due process laws and failing to compensate for a taking.

The proposed suit seeks the cost of litigation and “reasonable value of the loss of the economically beneficial use of his real property during the water moratorium.”

The district is currently under investigation by multiple county and state agencies for allegedly sole-sourcing large contracting jobs, conflicts of interest, for serious grants irregularities and failures to abide by the Public Record’s Act and the Brown Act.