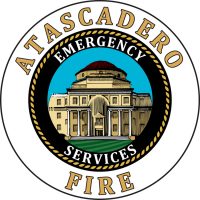 A pair of cats died in a mobile home fire in Atascadero Friday night.

Shortly before 10 p.m., a 911caller reported the fire burning inside a mobile home located at 10025 El Camino Real. With flames spreading, two occupants fled the mobile home, while the two cats remained inside, according to the Atascadero Fire Department.

Firefighters arrived at the scene and determined the blaze ignited in one bedroom, then spread to the adjacent bedroom, as well as the hallway. Initially, firefighters struggled to attack the fire because of high heat, heavy smoke and unorthodox furniture placement.

It took firefighters about 20 minutes to extinguish the blaze. Firefighters found both of the cats dead inside the mobile home.

Medical personnel treated one of the residents for smoke inhalation.