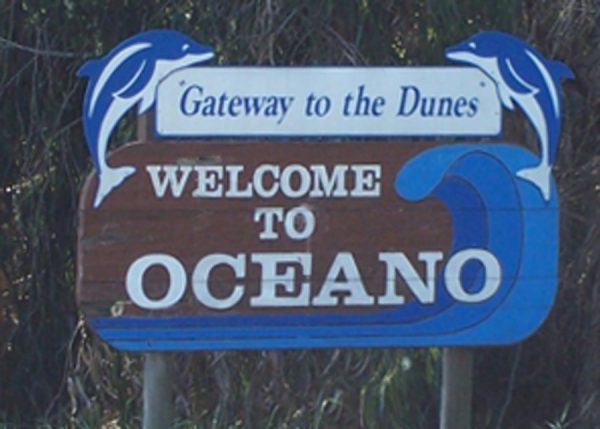 Oceano politics descended this week from simple mudslinging to a reputation-damaging misinformation campaign, as part of an attempt to persuade people to reject a proposed second advisory council for the small beachside community.

In April, seven South County residents asked San Luis Obispo County Supervisor Lynn Compton to recognize the Vitality Advisory Council of Oceano as a community advisory council to the county. The members of the proposed group voiced concerns that the Oceano Advisory Council, which was formed 25 years ago, does not appropriately reflect a cross section of the community and does not include the Oceano Dunes State Vehicular Recreation Area.

Advisory councils generally review projects before the SLO County Board of Supervisors or Planning Commission, and then provide the county with recommendations.

For several years, incivility and name-calling have been common occurrences at Oceano Community Services District Board meetings, and the latest request further divided the community’s elected officials along party lines. While primarily Democrats argued against creating an additional advisory council as repetitive and unneeded, Republicans on the board supported adding a second more business-friendly advisory group.

In the days leading up to a vote on the proposed group, South County Democrat Cheryl Storton sent out a call to action email that disparages the seven members of the Vitality Advisory Council of Oceano with allegations of child molestation, assaults and other bad behavior before asking recipients of her email to weigh in at the June 8 SLO County Board of Supervisors meeting.

For example, Storton’s email says Jonathan Rodriguez is “maybe a registered sex offender,” and provides a link to information about an Oceano man on the sex offender registry. Rodriquez is a 41-year-old Hispanic man who serves as a youth pastor for his church.

The sex offender Storton asserts is Rodriguez is a blue-eyed man whose name is spelled Rodrigues with an S; is almost 60 years old; and has a long criminal history of drug related crimes and child molestation.

“Either this was gross negligence or Cheryl Storton purposely committed libel with no thought of how it would affect myself, my family or those who know me,”  Rodriguez said. “My goal is to represent the good people of Oceano and I will continue to do so to the best of my abilities.”

The Storton family is aware of the impacts of being accused of sex crimes. Last month, Cheryl Storton’s stepson, James Storton, was charged with 17 felony counts of child sexual molestation. Cheryl Storton did not respond to questions about her email.

In her description of Barney Foster, a former SLO County Sheriff’s deputy, Storton writes accurately that Foster lost his bid for a seat on the Oceano CSD, before Storton makes an inaccurate claim he lives near Oceano CSD Board President Linda Austin, a Republican.

The email also alleges Foster has a potential conflict of interest because one of his relatives owns an ATV rental business in Oceano. Foster said the allegation is false, he has no relatives in the area and no ties to the state park.

In her email, Storton also claims Foster trained others to use techniques leading to positional asphyxiation, and then links to an almost 20-year-old article that discusses the deaths of two SLO County residents who died during altercations with deputies, though it was determined positional asphyxiation was not the cause of death in either case.

“I was the arrest and control trainer,” Foster said. “We addressed positional asphyxiation because we did not want that to happen.”

After several hours of contentious public comment, county supervisors were clearly split along political lines. SLO County Supervisor Bruce Gibson argued that instead of recognizing a second advisory council, they should work on switching the existing council to elected members.

Supervisor Lynn Compton countered saying that she had attempted for years to have elected advisory council members, without success. The board then voted 3-2 to recognize the Vitality Advisory Council of Oceano, with Gibson and Supervisor Dawn Ortiz-Legg dissenting.