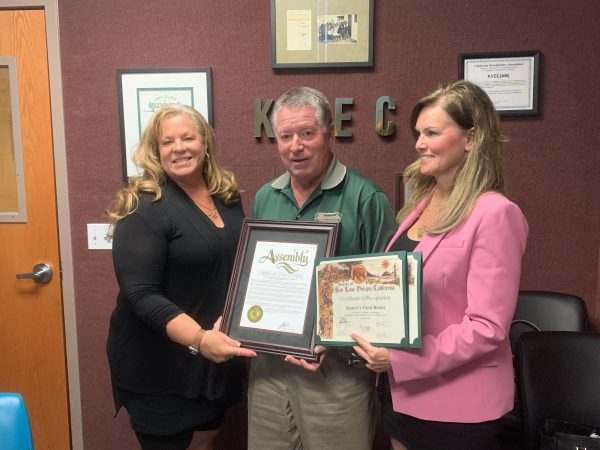 Central Coast native John Spencer, the founder of Spencer’s Fresh Markets, celebrates 50 years in the grocery business on Tuesday. In recognition of Spencer’s many contributions, Assemblyman Jordan Cunningham awarded him a resolution on behalf of the California State Legislature, on the Dave Congalton Radio Show.

While attending Righetti High in Santa Maria, in 1971, Spencer was hired as a boxboy at Williams Bros. Market. He worked his way up the ladder to checker, night manager, store manager and then district manager overseeing 19 stores.

After learning the Lakewood Road store in Santa Maria was closing, at 41-year-old Spencer opened his first Spencer’s Fresh Market.

With stores in Santa Maria and Morro Bay, Spencer’s Fresh Markets is one of the few independently-owned grocery businesses on the Central Coast. For years, Spencer has supported the community in many ways, including purchasing produce and meats from local farmers, ranchers and youth groups.