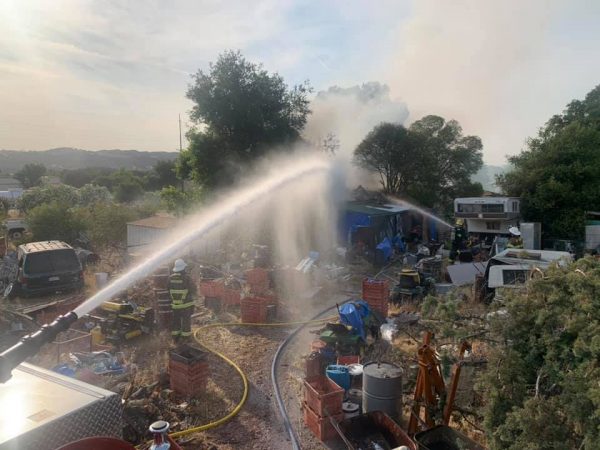 For the second time in a little more than a month, a fire burned an ammunition storage building in Atascadero.

The outbuilding that burned Wednesday morning, sending a plume of smoke into the air near Highway 101, was a workshop used for gunsmithing and ammunition storage, according to the Atascadero Fire Department. The 1,000 square-foot outbuilding was located behind a home at 8505 Coromar Avenue.

Callers reported the fire burning at about 7 a.m. Firefighters arrived at the scene and found the outbuilding fully engulfed in flames.

Firefighters learned the structure was being used to store ammunition. Because of the ammunition, the deterioration of the building and how the workshop was burning, firefighters remained outside the structure as they battled the blaze, fire officials say. They used multiple hoses to fight the fire.

It took firefighters 1 hour and 15 minutes to contain the blaze. Firefighters used a backhoe to break down the outbuilding while extinguishing the blaze. They also removed firearms and other items from a safe that was buried beneath the workshop, according to the fire department.

No one suffered injuries as a result of the fire, and no damaged occurred to property other than the gunsmithing and ammunition storage workshop. Investigators are still determining the cause of the blaze.

On May 14, more than 5,000 rounds of ammunition exploded and one person suffered burns in a fire at a residential property on Valle Avenue in Atascadero. The fire initially burned a home and a half-acre of vegetation before spreading to a storage facility holding more than 5,000 rounds of personal ammunition. Arson was suspected in the Valle Avenue fire. 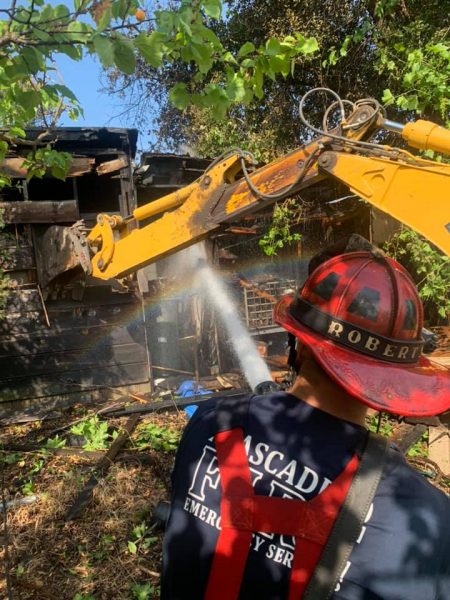