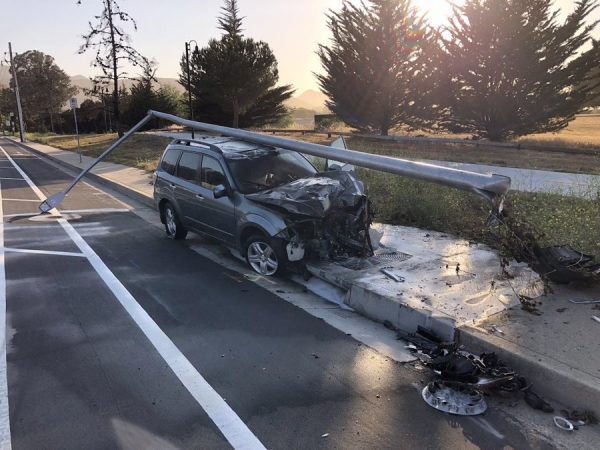 An alleged drunk driver slammed into a light pole in San Luis Obispo Thursday evening, leading to their vehicle catching on fire.

Callers reported the crash shortly before 7 p.m. on Madonna Road by Dalidio Drive. In addition to knocking over the light pole, which fell on the roof of the SUV, the crash caused the vehicle to land on top of power lines. The vehicle caught on fire as firefighters were on their way to the scene, the San Luis Obispo Fire Department stated in a tweet.

Upon arrival, firefighters controlled the blaze within five minutes. Photos published by the San Luis Obispo Police Department show a backhoe was used to load the light pole onto a city truck.

The driver did not suffer any injuries. Officers arrested the individual for driving under the influence.