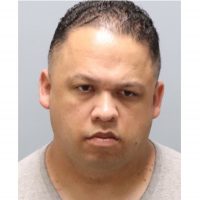 Paso Robles police arrested a 38-year-old man on Thursday they suspect sexually molested a child who lives in his home.

After receiving a tip from out-of-state, detectives arrested Christopher Saucedo Sr. for allegedly molesting a 12-year-old boy who had been living with him for several years. Officers are not releasing the victim’s name or his relationship to the suspect.

Sausedo is currently incarcerated in the San Luis Obispo County Jail on one count of continuous sexual abuse of a child, with his bail set at $100,000.

Detectives believe there may be additional victims. They are asking anyone with information about this case to call the Paso Robles Police Department (805) 237-6464, and ask for Detective Dustin Virgil.