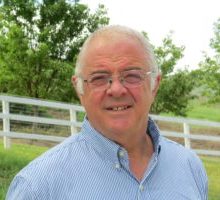 The Paso Robles school district board is scheduled to discuss a resolution banning the teaching of critical race theory at its meeting on June 22. If the board votes to approve the resolution on Tuesday, it will require a second vote on July 13.

Paso Robles Joint Unified School District Trustee Dorian Baker proposed the ban last week. Baker’s suggestion follows the board’s April approval of an ethnic studies course under an agreement the course would not include critical race theory (CRT) or the degradation of American leaders, such as George Washington or Thomas Jefferson, based on slavery.

CRT seeks to show racism is embedded in our society, and not merely the product of individual bias or prejudice. Proponents of CRT contend single-family zoning laws and promotion of the nuclear family promote systemic racism.

Critics of CRT charge that it promotes intolerance and unrest by dividing people into either oppressor or oppressed groups, of which only white people can be racist.

School Board President Christopher Arend authored the resolution which challenges the fundamental assumptions of CRT and bans its teachings.

If the school board votes to approve the resolution, teachers will be banned from teaching the following concepts:

While barring promotion of CRT ideologies, the resolution allows teachers to provide instruction that “focuses on the flaws in critical race theory.”