A vandal or vandals allegedly destroyed a garden maintained by special education students and staff at Daniel Lewis Middle School in Paso Robles.

Sunday night or early Monday morning, the vandals ravaged the garden. Julie Peruzzi, who teaches a special education class at the middle school, found the damage to the garden on Monday.

Peruzzi posted a video on Facebook showing the garden trashed, potted plants turned over and the shed open. In the Facebook post, Peruzzi said the vandals did not take all of the tools after breaking into the shed.

“This feels so personal,” Peruzzi wrote. “Nothing is salvageable.”

Each of the students had a ceramic pot with their name on it and a flower planted, all of which were smashed, Peruzzi said.

“My students in my special education class and staff put so much time, effort and money into growing an amazing amount of plants and flowers. The kids learned how to plant from seed and were able to harvest and eat snow peas and broccoli. In the fall they were going to be able to harvest tomatoes, watermelon, squash, cucumber, herbs and a few other things,” Peruzzi wrote.

Police launched an investigation into the vandalism. The middle school garden reportedly does not have surveillance cameras.

After posting on Facebook, Peruzzi received overwhelming support from the community, she said. 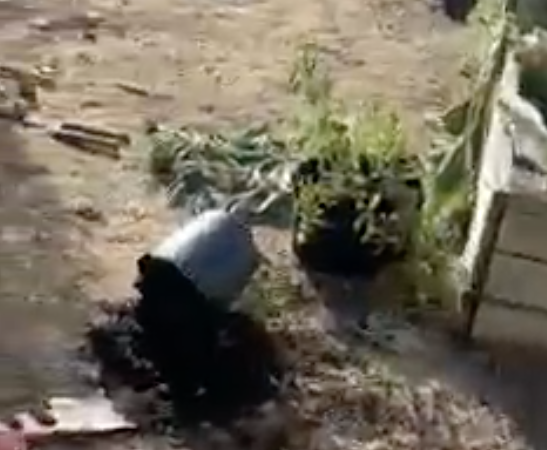